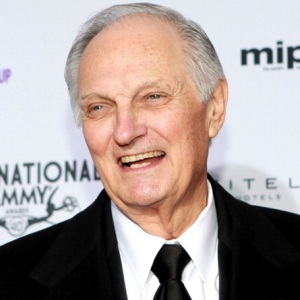 Alan Alda is an American actor and comedian. A six-time Emmy Award and Golden Globe Award winner, he played Hawkeye Pierce in the war television series MA*S*H. He is known for recurring roles on television series, such as The West Wing and 30 Rock. He received critical acclaim for his appearances in films such as Same Time, Next Year alongside Ellen Burstyn and for his directorial debut film The Four Seasons. Other appearances include Crimes and Misdemeanors, Flirting with Disaster, the Cold War drama film Bridge of Spies, and Marriage Story. In 2004, Alda was nominated for the Academy Award for Best Supporting Actor for his role in The Aviator. He is also known as Uncle Pete in the Peabody Award–winning tragicomedy web series Horace and Pete. Alda has also received three Tony Award nominations for his Broadway performances in The Apple Tree, Jake's Women, and Glengarry Glen Ross. In 2019, Alda received the Screen Actors Guild Life Achievement Award.

How old is Alan Alda?

Famous People Born On ToDay- May 26