Ben Carson was born on September 18, 1951 in Detroit , Wayne , Michigan. Ben Carson is an American Doctor. 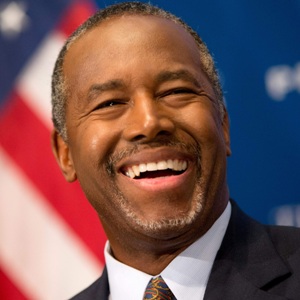 Benjamin Solomon Carson Sr. is an American retired neurosurgeon and politician who served as the 17th United States Secretary of Housing and Urban Development from 2017 to 2021. A pioneer in the field of neurosurgery, he was a candidate for President of the United States in the 2016 Republican primaries. Carson became the director of pediatric neurosurgery at the Johns Hopkins Children's Center in 1984 at age 33, then the youngest chief of pediatric neurosurgery in the United States. In 1987, he gained significant fame after leading a team of surgeons in the first known separation of conjoined twins joined at the back of the head. Although surgically a success, the twins continued to experience neurologic/medical complications. His additional accomplishments include performing the first successful neurosurgical procedure on a fetus inside the womb, developing new methods to treat brain-stem tumors, and revitalizing hemispherectomy techniques for controlling seizures.

How old is Ben Carson?