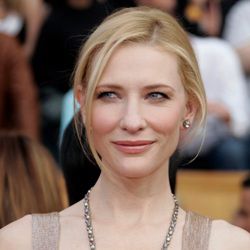 Catherine Elise Blanchett is an Australian actor and producer. Regarded as one of the finest actresses of her generation, she is known for her versatile work across independent films, blockbusters, and the stage. Blanchett is the recipient of numerous accolades, including two Academy Awards, three British Academy Film Awards, three Screen Actors Guild Awards, and three Golden Globe Awards. After graduating from the National Institute of Dramatic Art, Blanchett began her acting career on the Australian stage, taking on roles in Electra in 1992 and Hamlet in 1994. She came to international attention as Elizabeth I in the drama film Elizabeth, for which she won the Golden Globe and BAFTA Award for Best Actress, and received her first of seven Academy Award nominations. Her portrayal of Katharine Hepburn in Martin Scorsese's The Aviator won her the Academy Award for Best Supporting Actress.

How old is Cate Blanchett?

Famous People Born On ToDay- May 27