Cher Lloyd was born on July 28, 1993 in Malvern , Worcestershire , England. Cher Lloyd is an English Singer. 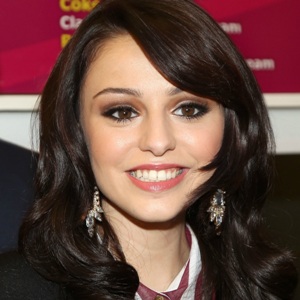 Cher Lloyd is an English singer, songwriter, rapper, and model. She finished fourth place in the seventh series of The X Factor in 2010. Following the seventh series finale, Lloyd was signed to Syco Music. Her debut single, "Swagger Jagger", was released in July 2011 and entered at number one on the UK Singles Chart. Lloyd's second single, "With Ur Love" featuring Mike Posner, was released on 31 October 2011, and peaked at number four on the UK Singles Chart. Her debut album, Sticks and Stones, had two releases: its standard edition and a US version. The album peaked at number four on the UK Albums Chart while the latter version debuted at number nine in the US Billboard 200. Lloyd signed to US record label Epic Records in 2011. Lloyd achieved mainstream success in the US with the solo version of her single "Want U Back", which reached the top 20 on the Billboard Hot 100. Her next song "Oath", featuring American rapper Becky G, failed to match the success, peaking at 73.

How old is Cher Lloyd?

Cher Lloyd is 28 Years, 1 Months, 28 Days old. Cher Lloyd was born on Wednesday and have been alive for 10,286 days, Cher Lloyd next B'Day will be after 10 Months, 3 Days, See detailed result below.