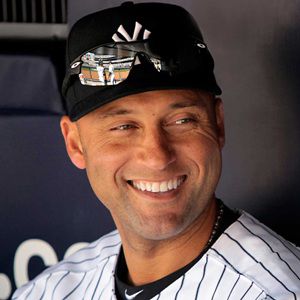 Derek Sanderson Jeter is an American former professional baseball shortstop, businessman, and baseball executive. As a player, Jeter spent his entire 20-year Major League Baseball career with the New York Yankees. He was elected to the Baseball Hall of Fame in his first year of eligibility in 2020; he received 396 of 397 possible votes, the second-highest percentage in MLB history and the highest by a position player. He was the chief executive officer and part owner of the league's Miami Marlins from September 2017 to February 2022. A five-time World Series champion, Jeter is regarded as one of the primary contributors to the Yankees' success of the late 1990s and early 2000s for his hitting, base-running, fielding, and leadership. He is the Yankees' all-time career leader in hits, doubles, games played, stolen bases, times on base, plate appearances and at bats.

How old is Derek Jeter?

Derek Jeter is 48 Years, 1 Months, 24 Days old. Derek Jeter was born on Wednesday and have been alive for 17,586 days, Derek Jeter next B'Day will be after 10 Months, 7 Days, See detailed result below.