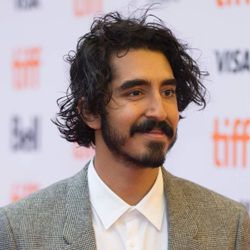 Dev Patel is an British actor. He is the recipient of various accolades including a BAFTA Award, a Screen Actors Guild Award, a Critics' Choice Award, in addition to receiving nominations for an Academy Award, another BAFTA Award, two Golden Globe Awards and three SAG awards. Patel made his screen debut as Anwar Kharral in the first two series of the British television teen drama Skins, landing the role with no prior professional acting experience. His breakthrough came in 2008 with the leading role of Jamal Malik in Danny Boyle's drama Slumdog Millionaire, for which 19-year-old Dev was nominated for the BAFTA Award for Best Actor in a Leading Role, becoming one of the youngest nominees in Best Actor category. He won the Critics' Choice Movie Award for Best Young Performer and the Screen Actors Guild Award for Outstanding Performance by a Cast in a Motion Picture.

How old is Dev Patel?