Helen Mirren was born on July 26, 1945 in Hammersmith , London. Helen Mirren is an English Film Actress. 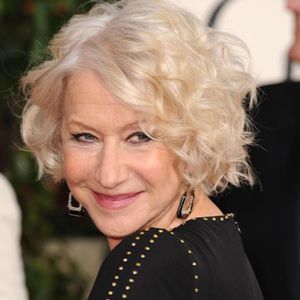 Dame Helen Lydia Mirren is an English actor. The recipient of numerous accolades, she is the only person to achieve the Triple Crown of Acting in both the US and the UK, winning an Academy Award and a British Academy Film Award for her portrayal of Queen Elizabeth II in The Queen, a Tony Award and a Laurence Olivier Award for the same role in The Audience, three British Academy Television Awards for her performance as DCI Jane Tennison in Prime Suspect, and four Primetime Emmy Awards, including two for Prime Suspect. Excelling on stage with the National Youth Theatre, Mirren's performance as Cleopatra in Antony and Cleopatra in 1965 saw her invited to join the Royal Shakespeare Company before she made her West End stage debut in 1975. Since then, Mirren has also had success in television and film. Aside from her Academy Award-winning performance, Mirren's other Oscar-nominated performances were for The Madness of King George, Gosford Park, and The Last Station.

How old is Helen Mirren?

Helen Mirren is 76 Years, 1 Months, 30 Days old. Helen Mirren was born on Thursday and have been alive for 27,820 days, Helen Mirren next B'Day will be after 10 Months, 1 Days, See detailed result below.