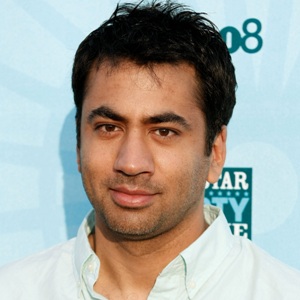 Kalpen Suresh Modi, known professionally as Kal Penn, is an American actor and former White House staff member in the Barack Obama administration. As an actor, he is known for his role portraying Lawrence Kutner on the television program House, as well as the character Kumar Patel in the Harold & Kumar film series. He is also recognized for his performance in the film The Namesake. Penn has taught at the University of Pennsylvania in the Cinema Studies Program as a visiting lecturer. In April 2009, Penn joined the Obama administration as the Principal Associate Director in the White House Office of Public Engagement. This necessitated that his TV character, Lawrence Kutner, be written out of House. Penn briefly left his post in June 2010 to film the third installment of the Harold & Kumar series, A Very Harold & Kumar 3D Christmas, returning to his White House job upon the movie's completion.

How old is Kal Penn?

Famous People Born On ToDay- May 14