Lin Dan was born on October 14, 1983 in Longyan , Fujian. Lin Dan is an Chinese Badminton Player. 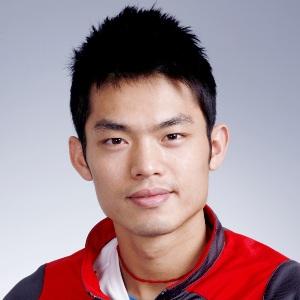 Lin Dan is a Chinese former professional badminton player. He is a two-time Olympic champion, five-time World champion, as well as a six-time All England champion. Widely regarded as the greatest badminton player of all time, by the age of 28 Lin had completed the "Super Grand Slam", having won what some consider to be the nine major titles in the badminton world: Olympic Games, World Championships, World Cup, Thomas Cup, Sudirman Cup, Super Series Masters Finals, All England Open, Asian Games, and Asian Championships, becoming the first and only player to achieve this feat. He also became the first men's singles player to retain the Olympic gold medal by winning in 2008 and successfully defending his title in 2012. In 2004, he was dubbed "Super Dan" by opponent Peter Gade after winning the All England Open final, and the nickname has since been widely used by his fans as well as the media to refer to him, in recognition of his achievements.

How old is Lin Dan?

Famous People Born On ToDay- May 18