Shanice was born on May 14, 1973 in Pittsburgh , Pennsylvania. Shanice is an American Singer. 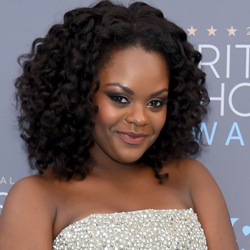 Shanice Lorraine Wilson-Knox, better known simply as Shanice, is an American singer–songwriter, actress and dancer. Wilson had the Billboard hit singles "I Love Your Smile" and "Silent Prayer" in 1991 and "Saving Forever for You" in 1993. In 1999, Wilson scored another hit song, "When I Close My Eyes", which peaked at No. 12 on Billboard's Hot 100 chart. Wilson is recognized for her coloratura soprano voice and her ability to sing in the whistle register.

How old is Shanice?