Xzibit was born on September 18, 1974 in Detroit , Wayne , Michigan. Xzibit is an American Rapper. 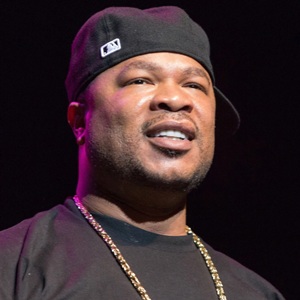 Alvin Nathaniel Joiner, better known by his stage name Xzibit, is an American rapper, actor, songwriter, television presenter, and radio personality. Xzibit began his musical career after the release of his debut studio album At the Speed of Life on October 15, 1996. The album generated both critical and commercial success, peaking at number 74 on the Billboard 200. It also contained the single "Paparazzi", which peaked at number 83 on the Billboard Hot 100. This success allowed Xzibit to secure a recording contract with Loud Records later that year. Xzibit released his second album 40 Dayz & 40 Nightz on August 25, 1998, which peaked at number 53 on the Billboard 200. The album also contained the single "What U See Is What U Get", which peaked at #50 on the Billboard Hot 100. The album's success caught attention from West Coast rapper Dr. Dre who acted as the executive producer on Xzibit's third album Restless which was released on December 12, 2000.

How old is Xzibit?

Xzibit is 47 Years, 3 Months, 29 Days old. Xzibit was born on Wednesday and have been alive for 17,287 days, Xzibit next B'Day will be after 8 Months, 2 Days, See detailed result below.