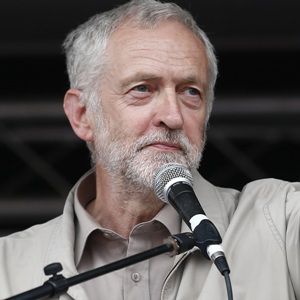 Jeremy Bernard Corbyn is a British politician who served as Leader of the Labour Party and Leader of the Opposition from 2015 to 2020. On the political left of the Labour Party, Corbyn describes himself as a socialist. He has been the Member of Parliament for Islington North since 1983. Formerly a Labour MP, he now sits as an independent. Born in Chippenham, Wiltshire, and raised in Wiltshire and Shropshire, Corbyn joined the Labour Party as a teenager. Moving to London, he became a trade union representative. In 1974, he was elected to Haringey Council and became Secretary of Hornsey Constituency Labour Party until being elected as the MP for Islington North in 1983; he has been reelected to the office nine times. His activism has included roles in Anti-Fascist Action, the Anti-Apartheid Movement, the Campaign for Nuclear Disarmament, and advocating for a united Ireland and Palestinian statehood.

How old is Jeremy Corbyn?