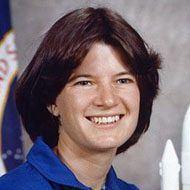 Sally Kristen Ride was an American astronaut and physicist. Born in Los Angeles, she joined NASA in 1978, and in 1983 became the first American woman and the third woman in space, after cosmonauts Valentina Tereshkova in 1963 and Svetlana Savitskaya in 1982. She was the youngest American astronaut to have traveled to space, having done so at the age of 32. After flying two missions on the Space Shuttle Challenger, Ride left NASA in 1987. Ride worked for two years at Stanford University's Center for International Security and Arms Control, then at the University of California, San Diego, primarily researching nonlinear optics and Thomson scattering. She served on the committees that investigated the Challenger and Columbia Space Shuttle disasters, the only person to participate in both.

How old was Sally Ride?

Sally Ride was 61 Years, 1 Months, 27 Days old. Sally Ride was born on Saturday and have been alive for 22,339 days, Sally Ride next B'Day will be after 11 Months, 0 Days, See detailed result below.