Umar Akmal was born on May 26, 1990 in Lahore , Punjab. Umar Akmal is an Pakistani Cricket Player. 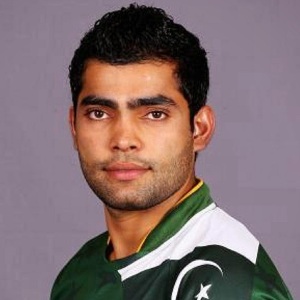 Umar Akmal is a Pakistani cricketer who played for Pakistan national cricket team between 2009 and 2019. He has been banned by the Pakistan Cricket Board for eighteen months for not disclosing offers related to spot fixing. Akmal made his One Day International debut on 1 August 2009 against Sri Lanka, his Twenty20 International debut on 12 August 2009 against Sri Lanka, and made his Test debut against New Zealand on 23 November 2009. He is a right-handed batsman and a part-time spinner. Like his two brothers, Adnan and Kamran, Umar has kept wicket for the national team in many ODIs. Domestically, he played for Sui Northern Gas Pipelines Limited for eleven years, before signing with United Bank Limited in August 2017. He has also played in many franchise Twenty20 teams around the world. In February 2020, he was suspended by the Pakistan Cricket Board, after he had breached their Anti-Corruption code.

How old is Umar Akmal?