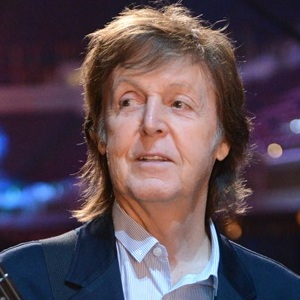 Sir James Paul McCartney is an English singer, songwriter, musician, and record and film producer who gained worldwide fame as co-lead vocalist, co-songwriter, and bassist for the Beatles. His songwriting partnership with John Lennon remains the most successful in history. After the group disbanded in 1970, he pursued a solo career and formed the band Wings with his first wife, Linda, and Denny Laine. A self-taught musician, McCartney is proficient on bass, guitar, keyboards, and drums. He is known for his melodic approach to bass-playing, his versatile and wide tenor vocal range, and his eclecticism. McCartney began his career as a member of the Quarrymen in 1957, which evolved into the Beatles in 1960. Starting with the 1967 album Sgt. Pepper's Lonely Hearts Club Band, he gradually became the Beatles' de facto leader, providing the creative impetus for most of their music and film projects.

How old is Paul McCartney?

Paul McCartney is 79 Years, 1 Months, 10 Days old. Paul McCartney was born on Thursday and have been alive for 28,895 days, Paul McCartney next B'Day will be after 10 Months, 21 Days, See detailed result below.